When we think of a celebrity, the first thing that comes up in or mind is how many cars they have and how much expensive they are, as well as how their expensive garage looks like. 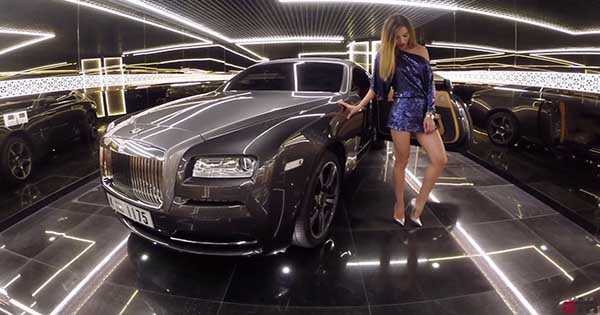 Most of the celebrities love to brag about theirs, and very often allow visits as well as cameraman`s in their home just to show off their collection. But what you are about to see in the following video is very different and it will definitely amaze you. Are you familiar with the name Don Casanova? If you know a little bit about this man from Dubai, you would most certainly recognize him for being regarded as the man with the most expensive garage out there. But no one was allowed to get inside it until finally the man filming was invited in the garage.

Though the video is fairly short and we cannot see most of the cars, it is surely enough to prove why it is regarded as the most expensive garage. At the beginning of the video we see a beautiful Bugatti Veyron with metallic grey and blue color. It looks absolutely stunning. But what is inside in his garage is what we want to see. Besides having couple of beautiful girls, his collection has every supercar you could think of, such as Ferrari, Lamborghini, Maybach, Bugatti and so on. Moreover, the way the garage is built is even more astonishing. Make sure you go through the video and see some of his amazing cars!

Now, check out the most expensive cars in the world!