This guy got what he deserved. In 2015, William Sam Crum was caught on video intentionally swerving into a passing Kawasaki bike in Hood County. On the bike was a couple that crashed and got injured. The 69 year old who swerved into them is now sentenced to fifteen years in prison, his attorney confirmed. Crum was immediately arrested after the accident and has been in jail ever since October, 19, 2015. The terrible crash occurred on the Tin Top Highway. The entire video was recorded by a helmet camera on a fellow motorcyclist following behind. 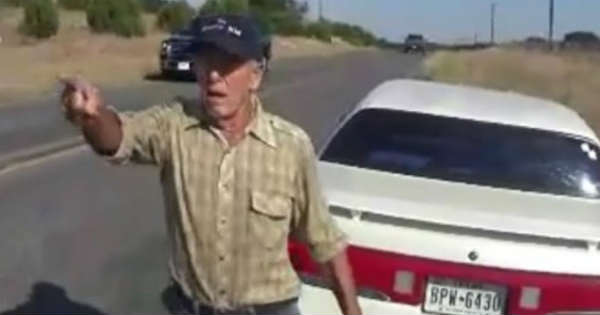 The video went completely viral after its release and attracted millions of views. After the crash, you can see the 37 years old Eric Sanders getting up immediately and limping. Debra Simpson, his passenger, lies motionless with scrapes, bruises and a broken arm. When Williams Sam was confronted after the incident by the motorcyclist who recorded the entire video, Williams just said – “I don`t care.”

In the jailhouse interview after the arrest, Williams said that this would`ve never happened if Sanders wasn`t trying to overtake in a no-pass area. He stated that his leg was bitten by a spider that caused him to lose control of the car before the terrible crash. Watch the footage below and tell us what you think about that statement.

Finally, meet the luckiest cyclist in the world who avoided a terrible crash.