People say that you can tell whether someone is truly your friend in the most difficult situations when help is really needed. Most of us know that the US has been going through a tough period recently hence many disasters have happened that left people homeless, or maybe some ended up even worse. In these types of situations it is important for the ones who are capable of offering a hand, to do it and save someone`s life. Hereby we must never forget the glorious deed the Diesel Brothers did in the recent Houston floods when thousands and thousands of people suffered a lot. 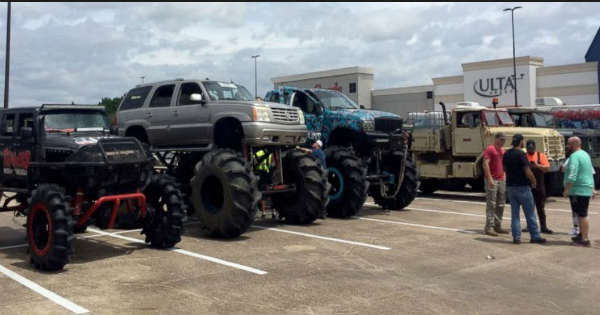 The Diesel Brothers is a show that has gained major success over the course of these several years and David Sparks and Dave Kiley decided that it was a time to give back to the people. They offered some of their most amazing vehicles, such as the lifted trucks and a helicopter to help in the rescue mission after the floods. But their amazing deed does not stop there.

Nonetheless, the Diesel Brothers did something amazing and help thousands and thousands of people in the horrible disaster that struck the US just some period ago!

#Repost @vanoakes ・・・There's a lot of negative to be said about the power of social media. And more often then not, they are true. I want to post about what a wonderful tool it is in the right hands. In 24 hours via social media and the generosity of those we love, we been able to collect more supplies then we can carry. We've literately hired semis to take this stuff to Houston. We can't say thank you enough. I'm grateful of this country I live in. GOD BLESS AMERICA!!! 🇺🇸 #dieselpowergear #dieselsellerz #dieselbrothers #proudmerican