Television personality and American businessman Daniel Nicholas Koker II or Danny Koker, was born in Cleveland, Ohio on 5 January 1964. Danny Koker who is also known as The Count is best known for starring on television shows such as Pawn Stars and Counting Cars. In addition, Danny Koker is involved in many other entrepreneurial activities like car business and more. According to sources, Danny`s wealth is estimated at over $10 million. This wealth he has gained mainly through his own very successful business first started back in the `80s. 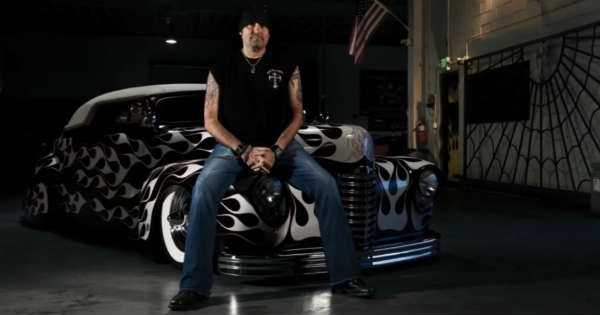 There is no doubt that his involvement on several TV shows has added to this wealth as well. However, as Danny Koker continues expanding and working his business, there`s a very high chance that his wealth will become even higher. Daniel Nicholas Koker II became a car enthusiast at a young age, because many of his relatives operated in this business. Many of them worked at Ford. Having said this, Danny Koker decided to learn car restoration and mechanics by himself. He proved to be very talented and accomplished in this field and he decided to open his own restoration business that goes by the name of “Count`s Customs”.

In fact, this is when Danny Koker`s net worth began growing rapidly. As he started earning more money he then decided to become the owner of a television station. After starring in his first TV show, he gained much attention from both casual viewers and the industry. This is when he received invitations to star on popular TV shows like “American Restoration” and Pawn Stars. This is when Danny Koker`s popularity skyrocketed and in 2012 he created his own show that goes by the name of “Counting Stars”.

Finally, to find out more about the Counting Cars show, follow this link!