These couple of last years has been highly stressful and devastating when it comes to terrorists attacks worldwide. Some utterly horrible attacks struck Europe and left many people in shock and fear. Even though none greater safety measures have been taken ever since and no one would like to see that happen once again, the British government took yet another step in protecting their citizen and placed big concrete barriers that are going to protect the citizens during biggest Christmas market held in Birmingham. This is going to stop some unwanted truck terrorist attacks, just like the ones we have previously mentioned. 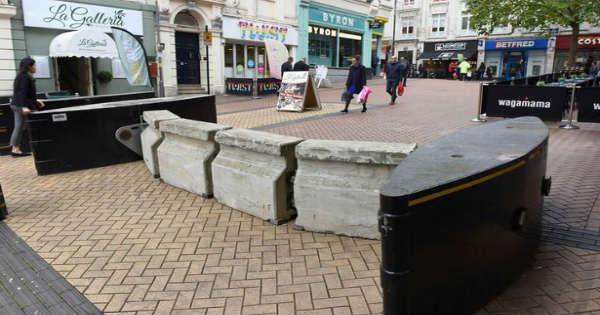 The authorities at Birmingham have installed the so called ring of steel bollards that are going to keep all of the visitors at the annual market safe and sound. We all know what had happened to the people of Berlin on the 19. December last year when a truck drove into the crowd killing 19 people and injuring 56.

Ever since, authorities brainstormed the safety measures they should further on take when huge number of people are gathering at one spot and these concrete barriers seemed like the best way do to so. They are going to be installed at key locations all around the city of Birmingham, especially around the annual Christmas market.