When it comes to modifying your vehicle to make it better looking or more powerful, we are all interested in something new. There are basically tons of different ways you could modify your car, and you can do that based on your preference or concept. But what if you take the modifying game a bit too far i.e. makes something that shatters the basic principles of having a typical car. Hereby, we take a look at this video and see, what is probably, the most extreme modifications a person has done to his car, well, in this case, three cars. You must be wondering how that could be possible. Well, this enthusiast took three absolutely different models and put together this extremely awesome and crazy car. 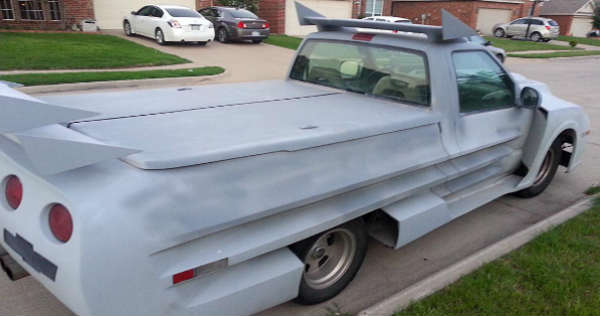 It is unlike any other you have seen so far and it will blow your mind! He attempted to make the ultimate prototype of a Chevrolet vehicle. Instead of having one single car and modifying it according to your imaginations, he took the likes of a Corvette, Camaro and a S10 to create this ultimate monster.

Even though we do not get the chance to see it in action, it is pretty spectacular nonetheless. It has the front of a Camaro, the body of an S10, and to top everything off, the rear part of this crazy car is from a Corvette.

There is not much information about anything else, in terms of money spent or time consumed to finish it, but we must admit that it is awesome!