Back in the sixties, Disneyland had a small entrance fee and the other activities also had their special fees, according to which you wanted to visit. An E ticked was needed for the most desirable ones. Kruger Scott has it E body engine, sizing five hundred and twenty-eight inches. Scott`s 1972 Plymouth Cuda has an engine from “ICHSL” with incredible 41/2 inches of bore, an iron block from Hemi and a stroke four point 15″ crank from Eagle. This specific type of an engine asks for additional boost, so accordingly a compression of 8.5:1 is being created by the Diamond pistons. Steve Morris did the short machine block and fitted it with a full valve-train from Indy and a roller cam.

Scott has a overdrive unit by Gear Vendors and a 10″ converter for Turbo Action. 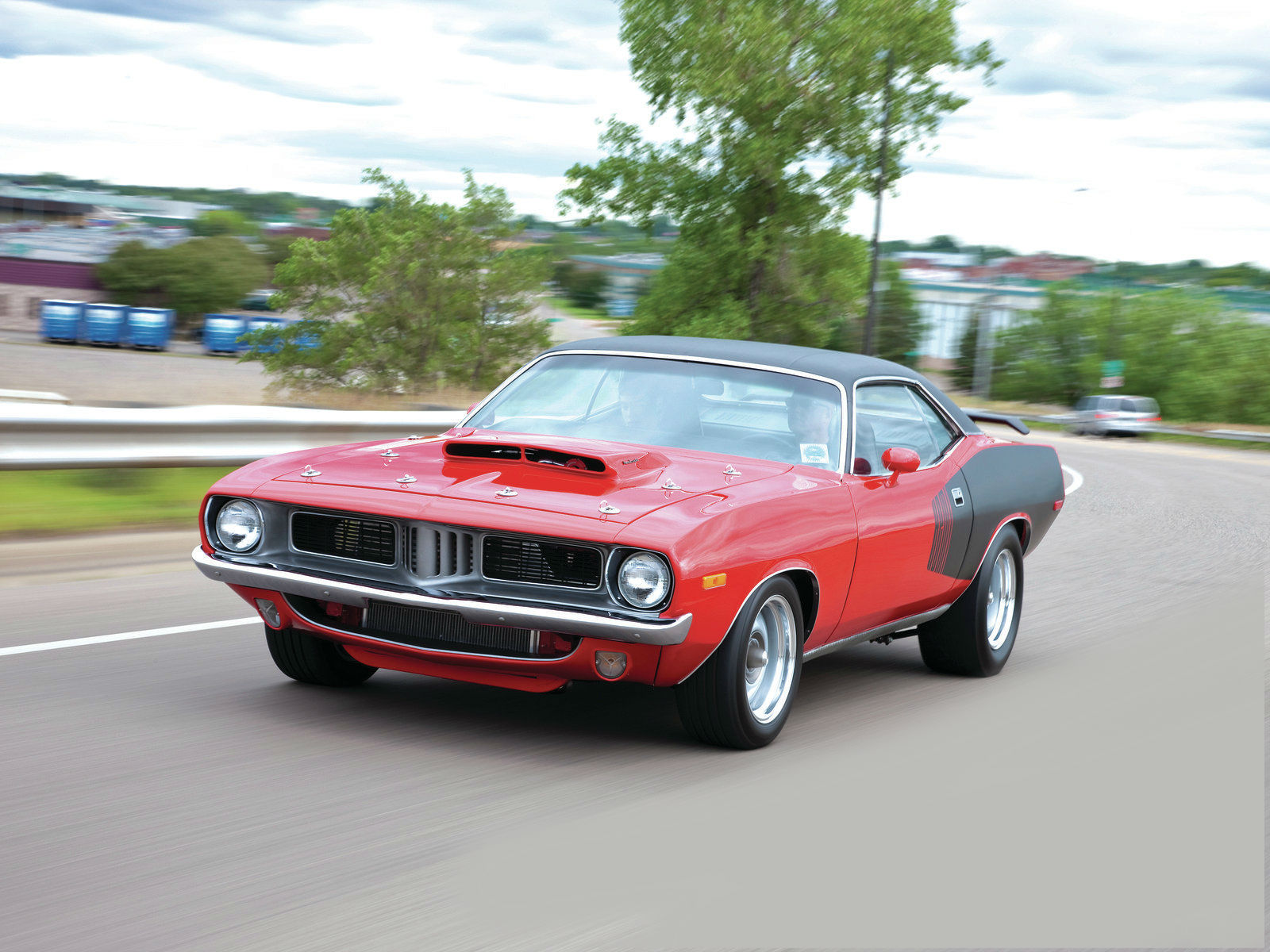 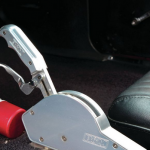 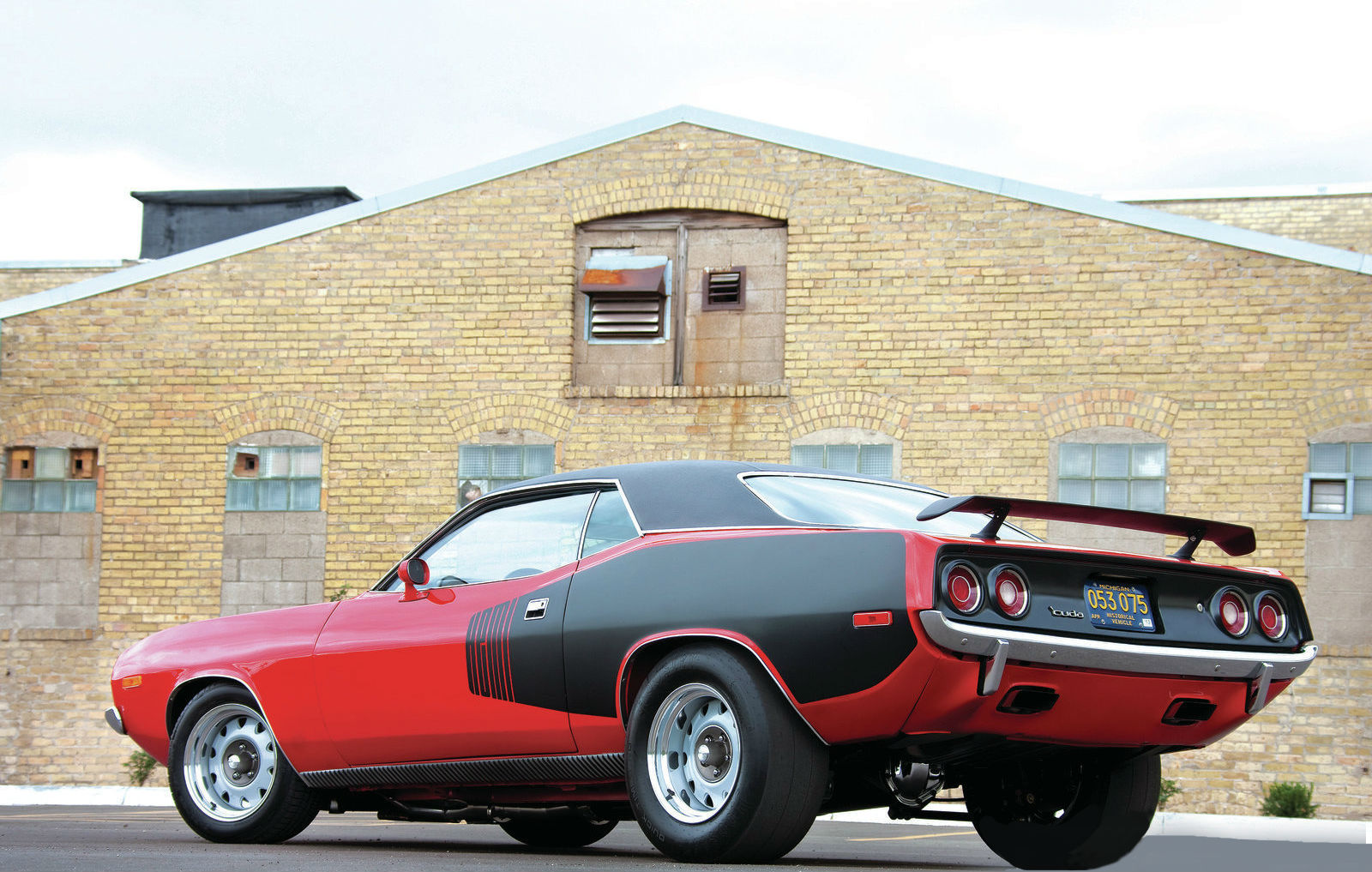 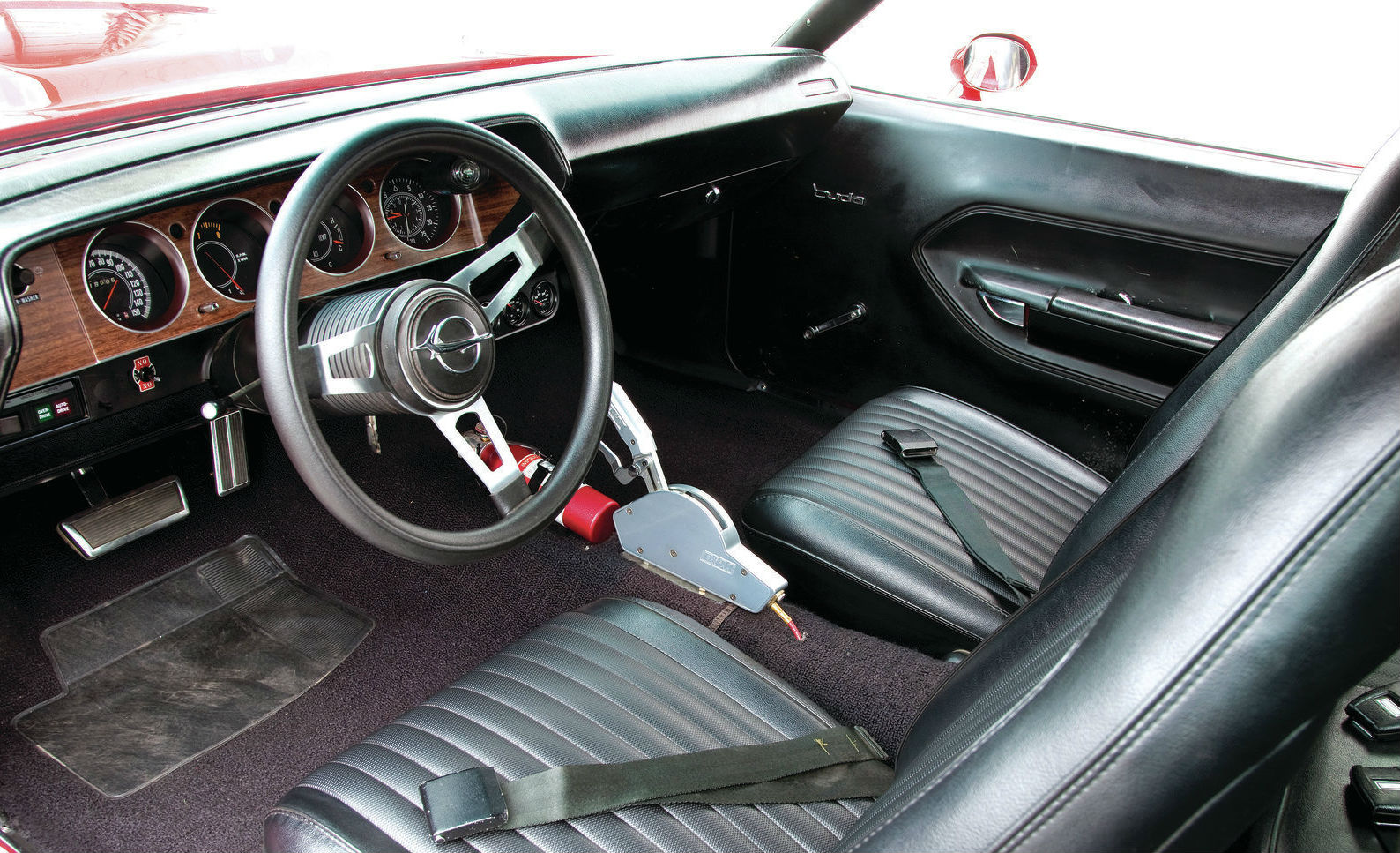 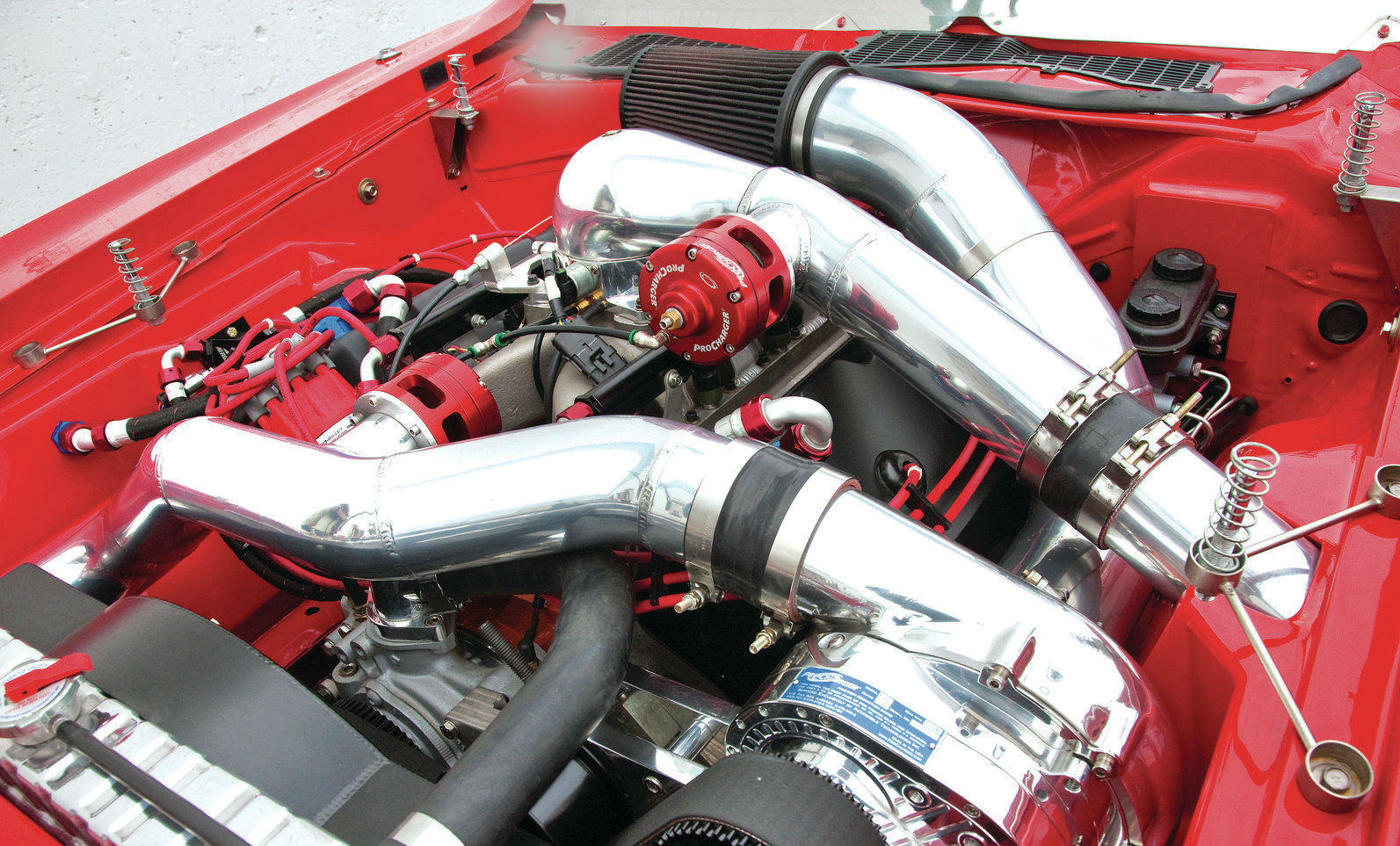 The front suspension of this 1972 Plymouth Cuda is from RMS AlterKtion  and features lower and upper tubular control arms, pinion and rack steering as well as coilover QA1 shocks. At the rear is equipped with monoleaf springs, ‘Cuda tires and shocks from Rancho.

The power is controlled by 96lb/hr injectors. There is also a fuel injection system from Fast XFI, that is assisted by a throttle body from Accufab. This beast boost around fourteen psi throught the supercharger which equals the power of an 1056 cubic inches Hemi motor.

Mike Nabers fitted an air intercooler system, which helps the vicious Hemi boost amazing amount of horsepower via pump gas of ninety three octanes. The sound is provided by DynoMax and the 21/4 inch headers were built by TTI.

Paul Sermo was in charge of decorating the near-stock interior, while Todd Robertson twisted the wiring. T

Sam Taormino sprayed the Burnt PPG Orange shade onto the hood. He also massaged the fiberglass hood from MAS. So, that would be all for today folk! So long!

Anyway, this Pro Charged Plymouth Cuda is the BEAST!