In this short text we are going to talk about the 1970 Spectre Camaro and the changes it suffered n order to look like this today. We are going to talk about the engine first. The original engine was removed from the car and another one, i.e. LS1 was incorporated.  The engine is able to develop power of 410 hp and a torque of 400 lb-ft. It has been added several elements such as a Spectre cold air intake, Speed filter etc., while the exterior was nicely polished. Now, we proceed to the tires. For this car to be able to roll with power of 410 hp, then it has to have the right wheels. Therefore, this car features spectacular 18×11 inch front and 19×13 rear wheels.

And from everything that backs up the power and speed, the 1970 Spectre Camaro has to stop eventually. Therefore the team that was responsible for building this vehicle was fully aware of this and incorporated a Hotchkis Suspension system and Baer Brakes. As for the interior, it was fully renovated. A lot of aluminum details have been added such as for example the dash and the door panels. Momo took the responsibility of replacing the steering wheel. Cambell Auto Restoration changed the transmission system that even though looks rather simple it fits the car perfectly. Muscle cars, and generally, all cars need their drivers to be comfortably placed.

We got to get full image including the appearance and the performance of the vehicle on the track when the vehicle had rehearsal for the performance at the Willow Springs International Raceway. Besides its huge front fender, the Camaro performed impressively. As for further details on the interior, we have to point out the aluminum splitters and speed wickers.

Unfortunately, we did not have the chance to personally witness Camaro`s performance on the track, but according to the photos we got, it certainly was more than satisfactory. In time, we will find out whether this Camaro will make history as a muscle car, but we assure you that it is something worth seeing and experiencing. 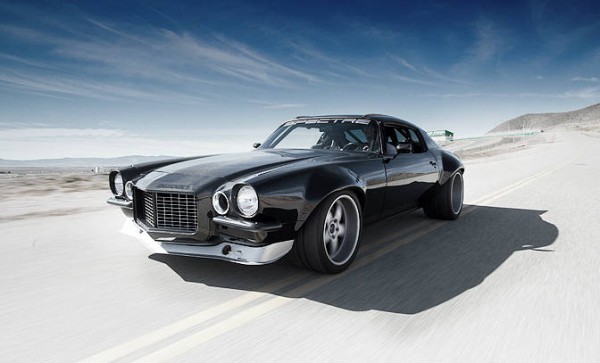 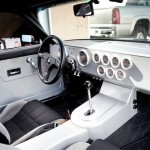 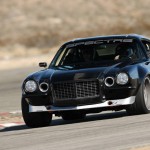 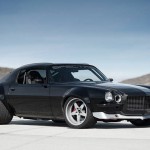 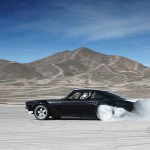