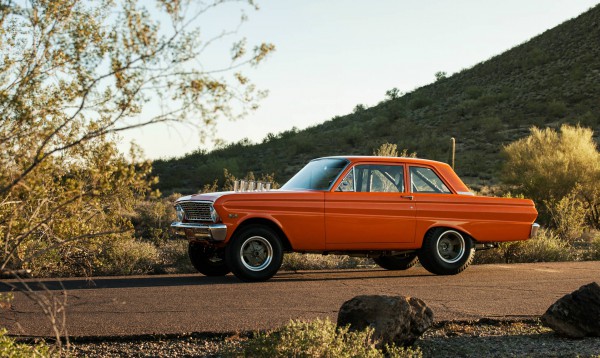 The 1964 A/FX Ford Falcon was owned by Rob Ream. But, wait! I have some explanation to do regarding the name. FX means Factory Experimented which means that manufacturers can take the largest engine, put it in the car and then adapt the external figure to the engine.

A explains the engine size and according to this there were two more classes, i.e. B/FX and C/FX. This A/FX Falcon was part of the American drag race history which is very important because even though this trend did not last more than several years, still it was a predecessor of the Funny Cars.

When Bob Ream was little, this trend was still on, so, therefore, now he decided to make such car on his own. According to him the tire technology did not advance that much since back then so he concentrated a bit more on the funny part of Funny Cars. Consequently he shifted the rear axle a bit, he made several external changes   and there you go, he got himself a funny car. 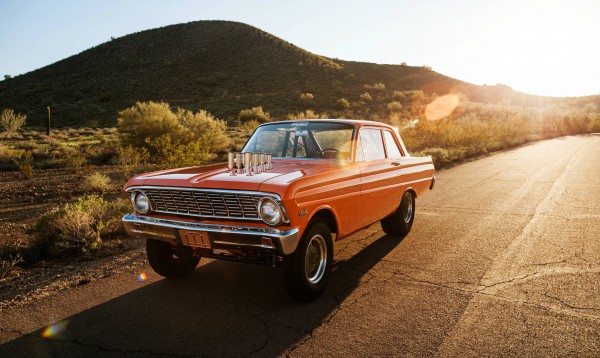 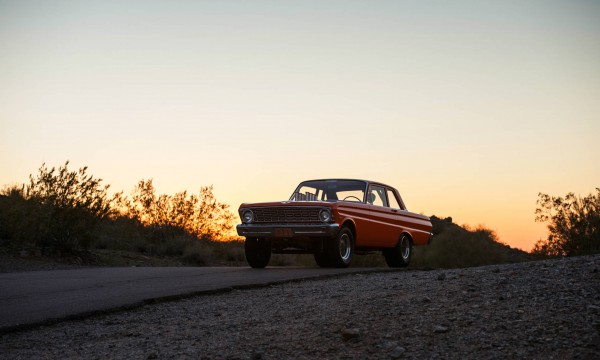 Altered Wheelbase and Gasser builds were not highly respected, but that is changing. At the SEMA show those were often noticed when seeing the Ford Falcon. However, SS and AFX have made a great job with the exterior. As you all know, it is not all about the exterior. Horsepower, cubic inches and performance count, too. Mr. Ream is owner of a company named Imagine Injection and it will take care of the performance. He did everything possible and included a lot of parts so that he can fully assemble an aftermarket engine.

As for the interior, there certainly are changes introduced. First of all, the seats are changed. The stock seats are kept, but the rear seat is removed so that there is enough place for the safety cage. The other stock details are here, with the only difference being that they are black so that everything fits perfectly. Instrumentation is other rather changed detail and even though some say it may be exaggerated; Bob says that this multiple-menu-and-control touchscreen provides all the necessary information. I supposed that if I had a car in which I put my engine that makes the car move with 427 mph, I would have wanted to receive signal on every minor change in the car. The car also features a bit modern T56 manual transmission with 6 speeds. 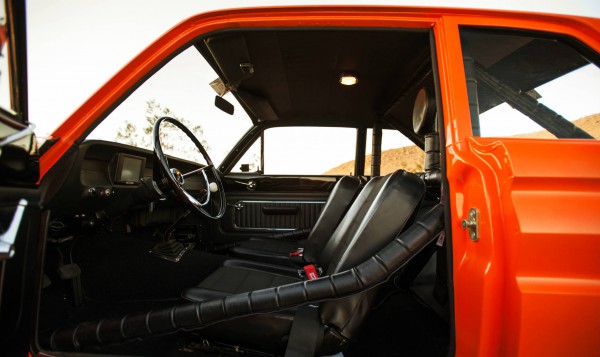 Maybe these AVB cars did not have a long history of fame, but their owners convert them from race cars into show cars. I definitely assure you that they are worth seeing.