The 1953 was very important year in the automobile industry because it was then when the Chevrolet Corvette made its first public appearance. It was and remained one of the most famous sports cars. However, an owner of a 1959 Corvette was not content with the performance of the car and called Pogea Racing to modernize it a bit. With Pogea having put efforts in this Corvette, it became a desire of every Corvette fan because of its old-new compilation and modern, sophisticated glam. The team decided to paint the Corvette in the typical Ferrari colors, red and white, which in the language used in the auto industry equals to Rosso and Bianco. The 1959 Chevrolet Corvette has rather large Corvette LS5`s sports bakes and 18-inch racing wheels.

The interior is also painted in red and white and the main material used is delicate leather and Cobra seats. There is also servo-steering, Apline multimedia system and an AC unit which contribute to Corvette`s modern spirit. Understandably, the only thing that is certainly going to be modernized is the engine, The Corvette initially had a small V8 engine which Pogea Racing replaced with a new 6.2 liter LS3 V8 engine able to produce 485 hp at 4400 rpm and 431 lbs-ft at 6200 rpm. The Corvette goes from zero to 60 mph in 3.9 seconds and can achieve maximum speed of 179 mph. 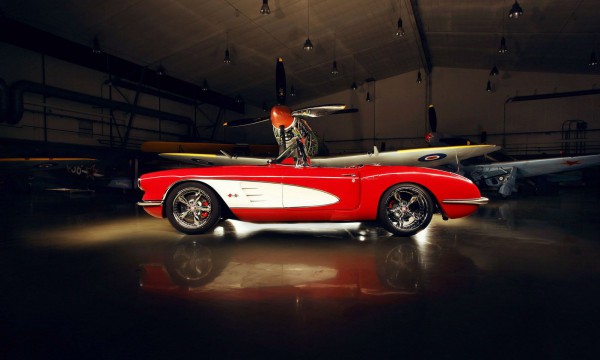 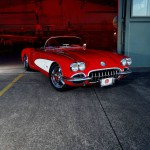 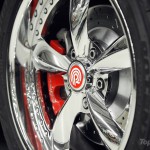 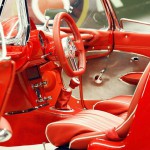 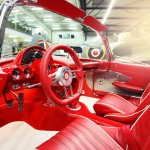