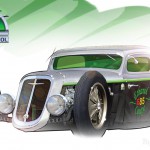 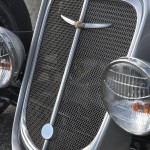 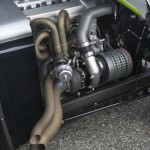 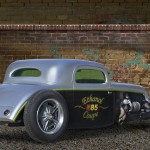 This vehicle was a sensation at the end of the end of the 1940s and beginning of the 1950s. Gm Performance Parts` Storage III is partly responsible for the Ecotec engine and the open hoods because of the efforts it made to put this engine in the vehicle and to make it more powerful. The vehicle also features a GM`s Powertrain 5L40 automatic transmission with five speeds. Mr. Al  Oppenheiser, director at GM performance Division, says that the engine is made of accessible GM Performance Parts.

The FlexFuel Hot Rod as all other hot rods made in the past sixty years is made of second-hand or factory elements. The main structure of the exterior design is based on the 1934 Chevrolet Coupe with several changes incorporated by the GM Performance Division (GMPD). The GMPD made changes in order to improve the hot rod looks of the vehicle, while the chrome mesh pattern and the hood make its appearance more delicate. As far as the interior, everything has been adapted to the customer`s needs. The steering, for instance, is connected to a reversed Corvair steering box and 10-inch headlamps have been installed.

When you enter the FlexFluel Hot Rod you will feel the modern waves with the minor racing-inspired details. Almost all of the cabin`s gadgets are hand-made including the dashboard and the aluminum seats. The driveshaft tube is rather unique because it is part of the efforts to lower a bit the chassis so that the full “old school had rod” effect can be captured.

The FlexFuel Hot Rod is not just another adapted rod with alternate-fuel elements, but GM also has serious intentions of having it undergo tests and let it freely roll on the streets.

Look at this amazing oldtimer and be fascinated about it on this link!