If you happen to be in Yokohama, you may see a vehicle that depicts Japanese tradition and western spirit at the same time. Then, you should know that it is the “Kid Rocker” and it is built by Mr. Mitsui. Besides our experience with drives in many, many cars of all sorts, the ride in this 1929 Ford Model A Roadster Pick up (RPU) was the most exciting of them all. Even though the car is minuscule, it is well perceived by all passengers on the streets. And that says a lot, since in Japan even if you run naked on the streets, you will get zero attention. 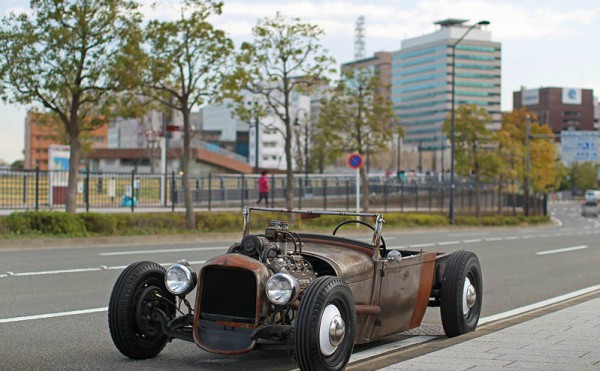 While having a ride in this vehicle we chatted a bit with the owner and how he got the idea to create this vehicle. He told us that initially he remade the model into another type of car but he had a bad accident in Tokyo and the car was completely crashed. Then, he decided to make the a-wish-come-true model out of this 1929 Ford Model A RPU. He also told us that because of financial issues and lack of time, the process of rebuilding this car was very slow. But, then, his boss helped him by giving him permission to use the Area-1 workshop and build the car. As Matsui was telling his story we witnessed the engine being overheated because of the long ride. This seems to be the only flaw of the vehicle. Therefore, we parked the car and got the chance to inspect it to the minor detail.

The vehicle features a 1957 Ford Flathead 8BA engine and Honda motorcycle mirrors. It is not completely ready, but the owner is pleased with the drive it offers. The car has 1935 Ford truck wheels, but Matsui is not very satisfied with them so it is highly possible that he will change them. The interior is as minuscule as the car and has only the essential gadgets as for example the 1974 Ford steering wheel, Harley Davidson chopper`s shift knob and 1929 Ford Model A pedals. The controls for the light and signals are placed on an aluminum panel placed above the gearbox that the owner made himself.

Before we got back into the car after it cooled down, we had to take a look under the hood. According to what we saw, it is true that this car has temperature issues, but that`s not strange at all. All hot rods have. The thing with these cars is not to judge them, but to recognize their uniqueness and beauty.

Finally, check out the inside of this Ford Hot Rod here! 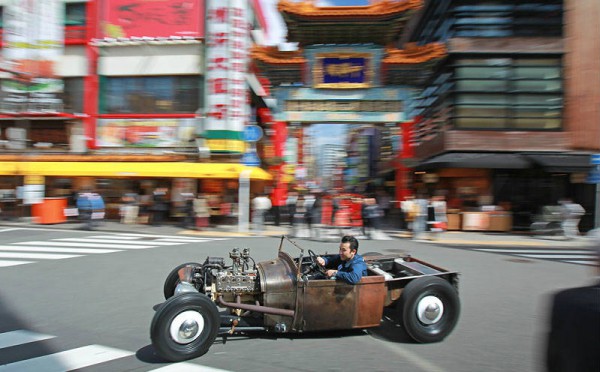 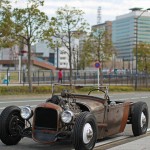 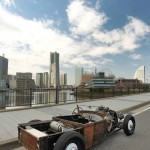 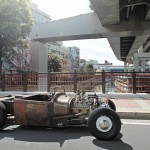 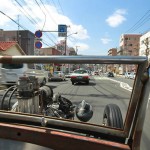